Ylva Ogland (SE) is on the Golden Carpet, interviewed and invited for the 4th Eternal Internet Brother/Sisterhood, at Castello Malaspina, Fosdinovo, July 2015.

Ylva: My alter ego is Snofrid. It means peacefull snow and she lives in the mirror world behind the Oracle, that is a mirror.

Angelo: Whats the oracle Snofrid for the Eternal Internet Brother/Sisterhood?

Ylva: I think the Oracle for the Eternal Internet Brother/Sisterhood is the Motherhood. Because of what we have done here, a ritual with Snofrid materialized inside the distillate of Athens, New York and Belgium (Ghent), with crashed rubies and stones from Parthenon, and mixed in a blend with Corradoâ€™s breast milk, that comes from Maddalena, who is the mother of Castello Malaspina.

Angelo: What the Oracle would say about Castello Malaspina?

Ylva: The future is in the past 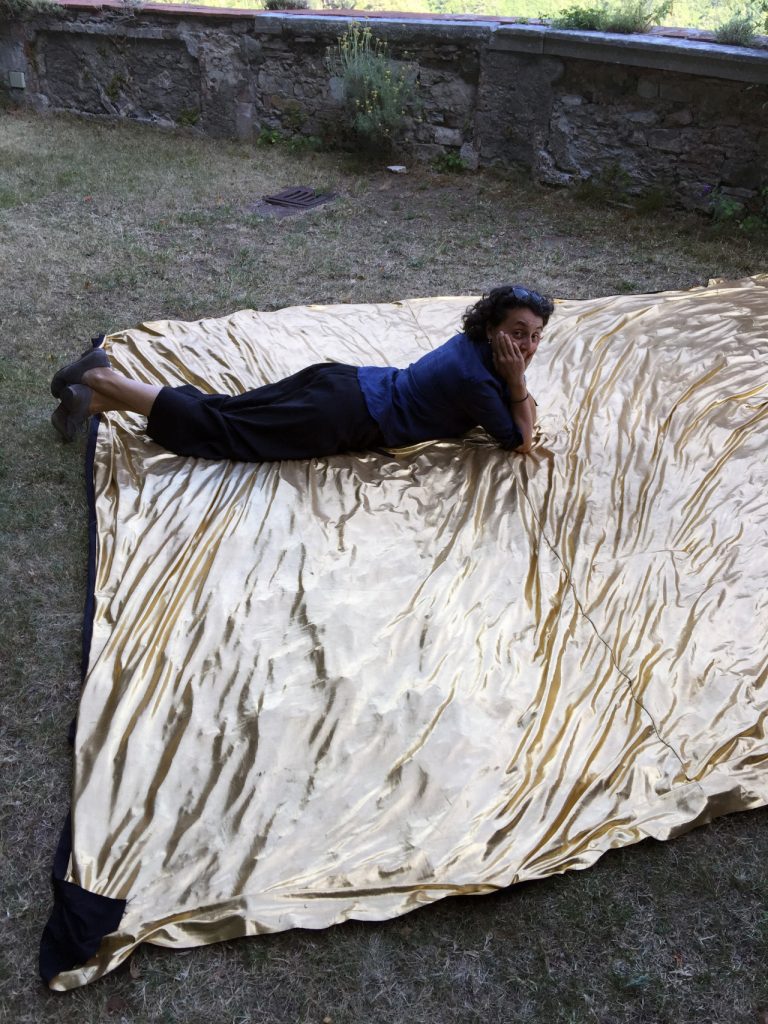 BC: No idea! Same same, but different? 🙂 On the other hand, i think that the way we look at art, or the reasons why we do it, will be quite similar in 2050, nevermind if images, sounds and forms in space will have a concrete or more immaterial body. Art can be a life saver, as well as a free space for thought and practice and knowledge, and i think it will keep on being so.

AP: Whatâ€™s the most interesting thing about our era now?

One of the things that every era tries to do is to define itself as such, possibly to find a place in time. we came up with Anthropocene, lately. Recently, iâ€™ve been re-reading many tetxs and poems by italian women artists from the Sixties, like Ketty La Rocca from Gruppo 70 in Florence, who were trying to come to terms with the new â€œtechnological languageâ€ of the society of spectacle, mass media and mass information. Fascinating. Maybe we are still witnessing the developments of what Dick Higgins called â€œintermediaâ€ in 1966. Intermediatic empathy is what i find quite interesting, now. how about you?